The art of marbling paper is very old. Unfortunately, like many historical facts involving paper, no one is exactly sure how old it is. Paper doesn't tolerate the ravages of time like stone or metal. However, historians agree that the technique of marbling has been making paper exceptionally beautiful since 10th century Japan.
Marbling originated in Japan in around the twelfth century. Some believe it was discovered by accident by someone in the Japanese imperial family who submerged sumi ink paintings in water, watched the inks float to the surface, then put a piece of paper on the floating ink, lifted it up and preserved the image. 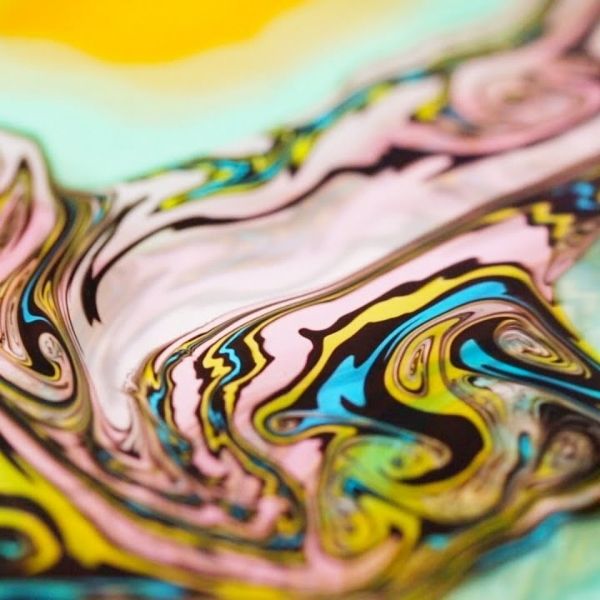 In this workshop, you will be learning the simple act of applying drops of paint over the marbling bath and seeing how the colours interact and mix with each other is satisfying and relaxing. When marbling, you lose some control over the piece of art you are creating.
Marbling is pouring the right mixture of paints and then capturing the floating paint on your surface which can be either paper/ fabric/ glass object/ decor item, basically anything & everything that you want to add color to! But for this you should know the right techniques of preparing your marbling water & surface and that's what this workshop is for! 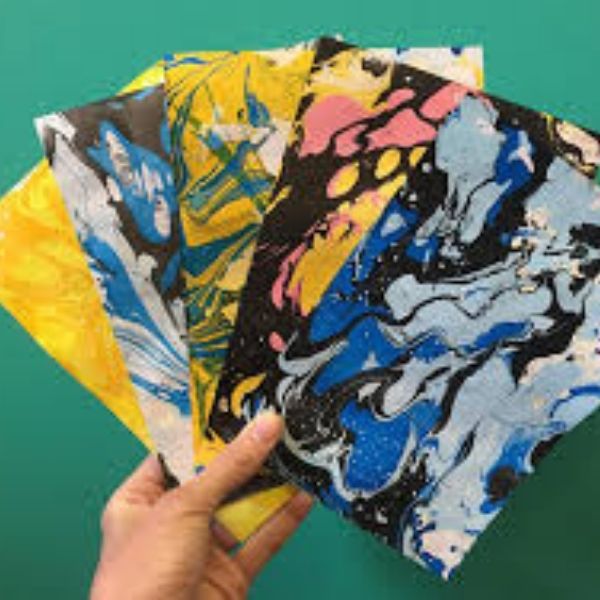 Have you tried Marbling art yet? If not, this is a fun workshop to experience paper marbling first hand. You will  learn how to play with different patterns and create your very own unique designs.

What's more? Take home some crafty outputs made from the marbling paper you created.

He is a self taught artist and a photographer who loves doing marbling! Born with passion and emotions for art, he along with his wife Kumarika have a venture named Rangreli. Rangreli is home to handcrafted, hand-painted and one of a kind unique products. He has also conduct several quick workshops and masterclasses both online and offline.

After attending this workshop, you will learn various techniques of marbling art which can be used on different surfaces. You will be able to do do marbling art on canvas or boards, which can be later framed and be used as a wall hanging or a piece of home decor!
We suggest moving this party over to a full size window.
You'll enjoy it way more.
Close
Go Fullscreen